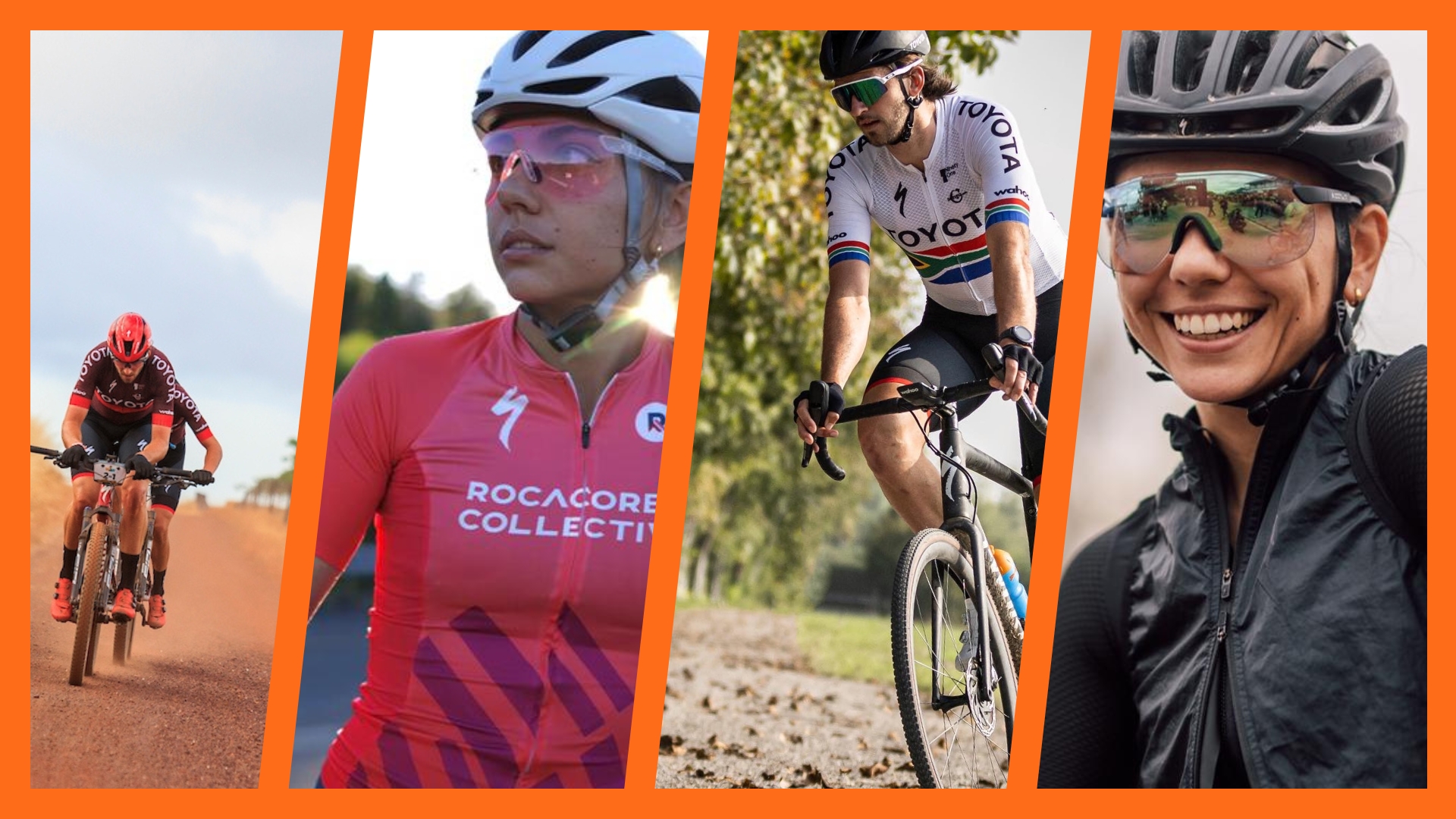 South Africans are well-known to embrace off road cycle events, which up until recently has been limited to mountain bike.  As the global trend of gravel racing has increased in past months, of course, gravel events, interest and participation has grown, locally.

The vision of the Lifestyle Grand Prix Series: Together, let’s grow cycling fandom in the United States, has significantly contributed to the popularity of the sport and inspired two particular South African athletes give it their best shot.

Following a strict application process to participate in the series, long time Science to Sport athletes, Matt Beers and Catherine (Cathy) Colyn have both been selected as two of the 70 cyclists who will compete in the 7-event series in the United States of America.

We chatted to Matt and Cathy following their selection to find out more about their preparation and expectations before they head off later this year.

Racing in the States isn’t unfamiliar to Matt at all.  In fact, his trip to the USA in 2022, to race was somewhat of a reccee mission for him to see how his body managed the travel, what the terrain was like, what kind of impact he could make and how competitive he could be in the environment. It’s not in Matt’s nature to do things in half measures – and after his self-test, he promptly decided to commit and make the application for the 2023 Lifetime Series following his successful stint.

Cathy, who shifted her focus to gravel racing in 2022, has been watching the growth of gravel in general, and the series in particular with an invested interest. Despite the 50/50 chance of being selected, she is thrilled to add the Lifetime Series races to her calendar in 2023.

The Big Sugar Race is the one that both Matt and Cathy have pinned as one that they are most looking forward to. “This looks to be a super epic race, with really rough and alternating terrain – not unsimilar to South Africa.  The tough climbing and rough gravel should challenge all the riders in every aspect” says Cathy.

“I raced in the Bentonville / Arkansas area last year when I did Rule of Three and did pretty well.  The rolling hills really suit my strength.  But any race not at altitude should be fun” comments Matt.  The Sea Otter Mountain Bike Race will be a focus for him as well.

On the contrary the Leadville Race is the one that neither are particular looking forward to.  Matt is hoping to miss this race entirely and only race it if he has to, which only adds to Cathy’s perception of what to expect.  “Only from what I hear through the grapevine, Leadville 100 is brutal. The combination of heat, distance and altitude demands respect.”

Matt goes on to add that the Unbound is also “just ridiculous” – and by far the most challenging race. “Ten hours in the saddle is just not fun.

Hmm long and boring, short hurt too much! But as I’m getting older long intervals are better.

The only time I use a hydration pack is if I take bottles as well so I’m all in no stopping.

Earphones while training? If so, what’s playing?

Yeah I Use Shokz so I can still hear cars. Basically podcasts and heavy metal 🎸

Favourite slang outside that you’ll be using in the States?

FAILURE TO PREPARE IS PREPARING TO FAIL

Working in seven new races into an already-full local race calendar takes some careful planning; budget, travel and logistics – not to mention training and peaking appropriately throughout the season.

While The Lifetime Grandprix series comprises seven events – GC points are taken from your top five races, which allows some leeway in race selection and the freedom to still participate in local events as well. Participation at the Big Sugar event is compulsory.

Cathy is opting to miss the Sea Otter Race in favour of the local Prince Albert race in April, with a hope of an automatic Gravel Worlds entry later in the year. The plan is travel to the USA for about 4 months to compete, with a trip home to SA National Gravel Champs, but her full race calendar is still to be finalised.

Working with her coach, A/Prof Mike Posthumus, Cathy’s training won’t differ too much to what she’s been doing since shifting focus to gravel and marathon mountain bike racing.  Her sessions generally include efforts on the trainer or outside that simulate race conditions where you should sustain a higher wattage, or climb at a higher power.  She is also hoping to include some altitude training where appropriate.

The good news is that Matt has included the Absa Cape Epic on his race calendar, along with a handful of other local races which complement the series. This means that he will travel to / from the US at least 4 times in the year.

When asked about his training for the year, Matt answered “Ask John! I don’t know!”  However, he does anticipate ramping up the training volume post-epic.  “The series races are long!  Five, six, sometimes ten hours!” says Matt. With a big base, he will also need to sharpen up with some tempo efforts.

I don’t do too great in either, but if I had to choose, the heat with having done some heat training.

Earphones while training? If so, what’s playing?

Earphones yes but I use the bone conducting earphones and I normally listen to the “Dance Hits” playlist when out riding. 🕺

Favourite slang outside that you’ll be using in the States?

Our athletes will be lining up against some pretty big names!

Matt has ambitions of at “least a top five in the series…that’s where the good money is.  But, anywhere in the top ten generates great recognition,” says Matt.

Coach, John Wakefield is of the opinion that Matt’s strength is Matt.  The guy is a monster on the flats, climbs really well for someone of his stature and is unbelievably mentally strong. There’s no doubt that Matt will be positively contributing to and animating the races he does.”

Not having raced gravel internationally yet, it’s difficult for Cathy to predict her performance.  However, previous experience of international road racing and racing against the men in South Africa gives her the confidence that she will be able to give her best effort for each race.  “Hopefully, this will be enough to land me on a podium for at least one race, and an overall series top ten” says Cathy.

Mike Posthumus, Cathy’s coach is looking forward to seeing how she will fare in a stacked field: “Cathy has progressed a lot over recent months, as a result of her hard work in preparing for the season ahead. She is able to produce numbers not many other woman can match. Ensuring that all other boxes are ticked should see Cathy raise a few eyebrows.”

You can stay up to date with the series events on their website.

Crusher in the Tushar

You can follow Matt and Cathy’s preparation journey and results on their social media:

PrevPrevious POSTThe ins and out of altitude training
Back to top

Made at the tip of Africa. ©